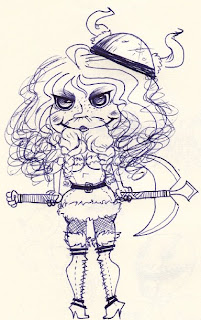 This one is my character in D&D. She's a dwarf. 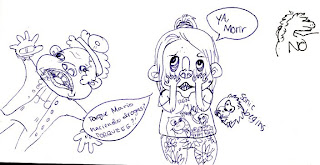 This is me, weird stuff happens in Mexicali! 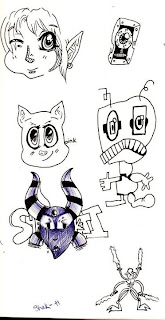 This is a weird girlie elf (not link) eyeballs,
a pig, Shak-ti from starwars, and Grevious.
The cool one from the animated Clone Wars 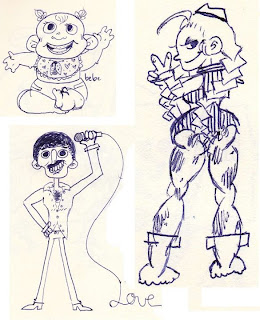 A baby, Cammy and Freddie Mercury! 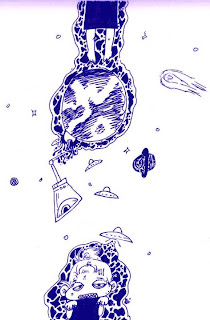 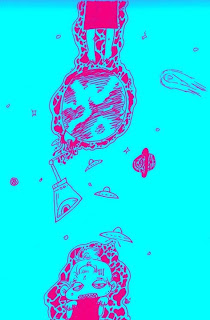 This was a drawing I did at like, 3 in the morning when I was half asleep.
The blue and pink one is a photoshop edit of the original

Posted by Danielle.N.Payne at 10:08 PM No comments:

Hello again! Today I'd like to talk a bit about something that I find quite disturbing, and that is that on one particular list of "101 most beautiful living actresses" Natalie Portman was number 1! Now, you probably don't know me very well so I will fill you in.

I hate Natalie Portman. I think she is a horrible actress, (not as bad as Kiera Knightly but that's not saying much) and I just don't see everyones fascination with her! I will admit that she has a sort of, Audry Hepburn beauty about her, and I am all about old-school beauty. So maybe it's completely biased and you shouldn't take any of what I have to say, into account. But if you weren't going to hear me out you wouldn't be on this blog, would you!

I don't have a large repertoire of actresses stored away in my mind, but there are two women who always stand out when I think of beautiful actresses.. And, you may be surprised!

First I would have to say that Barbara Bel Geddes sort of snuck up on me the first time I saw Alfred Hitchcocks "Vertigo". She looks fairly normal, not exceptionally beautiful, a little mousey even. But I realized the more I watched, that's EXACTLY what I like about her! She is a normal working class woman in the film, and she is hopelessly devoted to "Scottie" James Stuarts character (another favorite actor of mine). I think for me, her beauty outshines Kim Novak, who is almost model-esque in her beauty. Here is my all time favorite photo of Barbara, probably because the first film I ever saw her in, was Vertigo, and it's my all time favorite film! 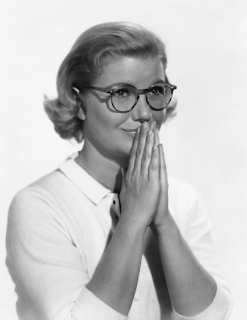 There are many other actresses I consider to be beautiful, but number 2 on my list would have to be Joice Van Patten. I'm ashamed to admit I have never seen any of her films, except the episode of the Twilight Zone called "Passage on the Lady Anne" A great episode with kind of a predictable twist, but still one of the best. Joice plays a woman desperate to get her husband back, since their marriage he has become more and more devoted to his work, and not his wife. She plays this role flawlessly, and what's more she looks marvelous during every second of it! The way she reacts to her husbands insults feels so real, I always find myself making a sort of sympathetic face to the screen, I just feel so bad for the poor thing! That I think is so impressive, and she definitely uses her looks to an advantage, she is a small woman, and she uses her face and body to really give this character life. 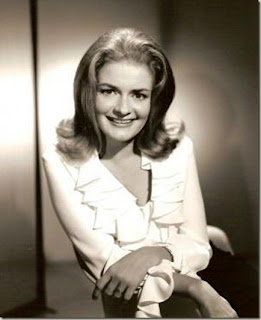 Well, I suppose that's all for this installment. You guys should leave me questions/comments below! Who are your favorite actresses? Why do you find them beautiful? Thanks for tuning in, catch you later!

Posted by Danielle.N.Payne at 11:23 AM No comments: 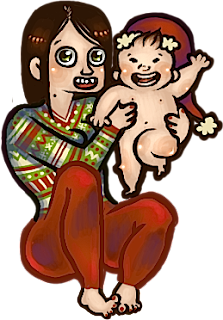 I can't wait. I just CAN'T! Christmas is my favorite time of year, I just couldn't help drawing it! I was also inspired by an amazing Seattle based photographer, Jennifer Tai and her one of a kind family shots. It's no based on any one photo specifically just her style of photography =)

Posted by Danielle.N.Payne at 1:46 AM No comments:

Working on a series of childrens comics, having to do with the crazy things they ask. Hopefully the answers I provide will be helpful to anyone else who is a caregiver of young children =) 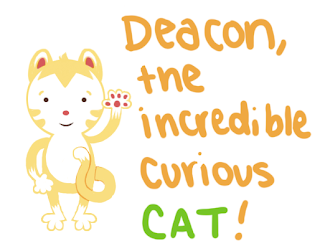 Posted by Danielle.N.Payne at 12:09 AM No comments:

Okay so I wasn't really all that into The Walking Dead until I moved to California, to be with my boyfriend. Now his family and I gather 'round the TV set every Sunday, to see what CRAZY shenanigans the characters have gotten themselves into. I will admit the last few weeks have been pretty dull, and played out more like a soap opera than I would like but the Mid Season Finale REALLY pulled out all the stops.


If you couldn't guess , Sophia IS A ZOMBIE!!!! I mean, I kind of knew she was but I didn't want to believe it!


And of course I am a heathen and have not read the comics, but to be fair, at this point I would rather wait on reading the comics because I really love this show and I would hate for the book to be better (I know it will be) and ruin the show for me. I am DEFINITELY excited though, to read the books. Oh my gosh what a show!!
Posted by Danielle.N.Payne at 10:53 PM No comments:

I know maybe it's lame, but I love doing these avatar things. Especially around a holiday! I've been doing these on e louai now for SIX YEARS! And it's still so much fun! Of course it never looks a THING like me but, that's okay!

In more important news, I designed some Mickey Mouse inspired outfits today. They are SUPER cute and can't wait to finish them up so I can post them! My fanart for Monster Plus is also coming along VERY nicely, but it has been a while since I colored with color pencil, so it's not perfect! But I like it =) I hope you will too!

December, you can't come fast enough!!!
Posted by Danielle.N.Payne at 1:39 AM No comments:

What a day, huh? Thanksgiving is such a great time to appreciate friends, family, and just how lucky we all are, for having everything we have. The holidays can be an especially hard time for Families in need and I highly encourage you to donate time or expense to a program of your choice. Here are my 3 favorite organizations to work with.

The YMCA - The Y is a really great place to volunteer, because you can see every day the ways their programs effect your communities. I should know, I work there!

Volunteer Match - It can be hard to find the resources to get out there and make a difference, and that's where Volunteer Match comes into play. You tell THEM what you want to do, and they hook you up! What could be simpler?

Impact Your World - Don't ever doubt what you can accomplish. You can feed families, build homes, and even save LIVES! Impact Your World really just reinforces how important one person can be in the long run. Check here for what people need now, maybe to help you decide how YOU can help.

Posted by Danielle.N.Payne at 12:54 AM No comments: